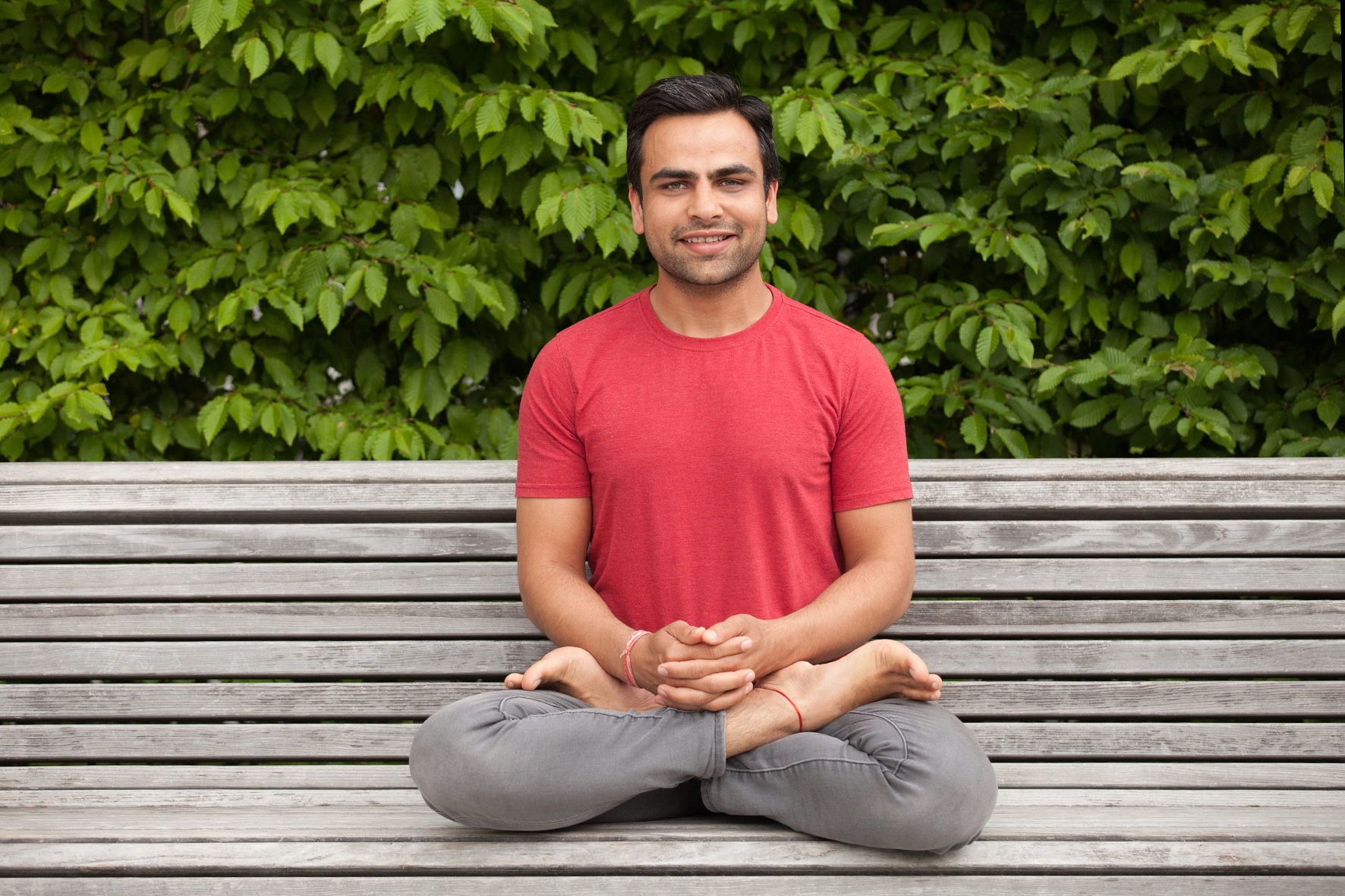 I am privileged being born in a tradition-rich Hindu family where I found myself surrounded by rituals, chanting and Yoga. I I used to loved sitting quietly with eyes closed for hours. My grandfather used to tell us the stories from Upanishad, Mahabharata, Ramayana and Buddha’s Jataka. My first Yoga book was Srimad Bhagvad Gita that I learned chanting from early childhood. Later years I discovered Yoga Sutra by Patanjali. Those two scriptures have major impact on my life.

My first yoga lesson was when I was 5 years old and since then Yoga became the part of my life. It is my fortunate that my guru was a scholar and a master yogi, under his guidance I learned Yoga philosophy and practice for 12 years along with modern schooling.

In the midst of academic competition, Yoga was not a priority. After completing my Engineering studies I arrived in Germany. Working as an Informatics, life became dull and regular which led me to leave regular job. This was 2013, Yoga found me – in Heidelberg.

While practicing yoga outdoors at Neckarwiese in Heidelberg, people requested to join-in and learn Yoga. Gradually, we became a large Outdoor Yoga group in 2015. Tibetan Buddhist Meditation Centre in Handschusheim offered me their Room, that became Yoga Shala. I taught there for 3 years and now moved Yoga Shala to a larger room in Neuenheim, Heidelberg. Here I offer regular group classes in Ashtanga Yoga, Prana Vinyasa Yoga, Prenatal/ Pregnancy Yoga along with Personal Yoga and Partners Yoga programs.

achieve your health goals – get better with a program designed for you.

brings harmony and energy to warm-up your relationship