Ashtanga Yoga must be taught in small groups in the traditional one-on-one teaching style. We at True Yoga take care of it for you. This is an authentic yoga style for people who understand how yoga can be their lifestyle.

This is the correct way for you to develop an independent yoga practice. We will help you to learn yoga asana step-by-step and provide you a mindful space to evolve your Ashtanga Yoga in Mysore Style.

because we truly care for you

Why We are Different

Two simple reasons we believe: 1. Heidelberg is truly an international city and we are inclusive and open-mined. This attitude creates a space for openness for all our true yogis. 2. Our methods are different and original. We are definitely not perfect but we are progressive, approachable and skillful in our teaching and master in the methods.

Above all, we value you and interested in your growth. That is why people are saying we are different.

Most trusted and #1 reviewed Yoga in Heidelberg, Germany.

Overall rating based on more than 145+ reviews on Google and 25+ Facebook & 35+ independent reviews via feedback survey and emails. 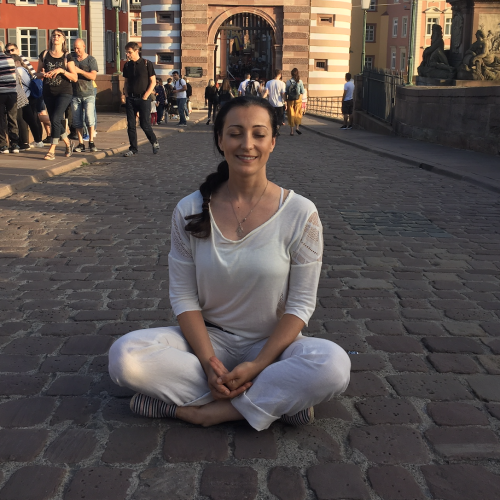 "Only when we change our inner world, we are able to change the outer world." 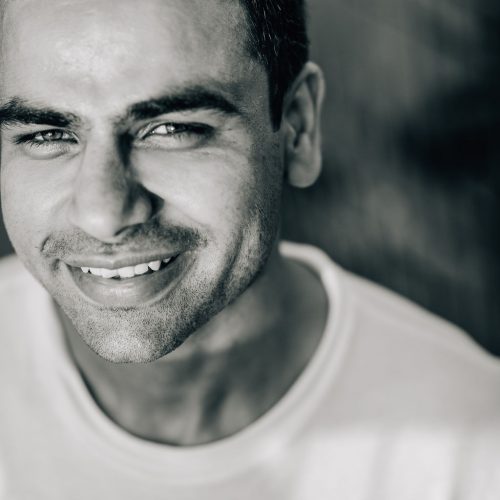 "Yoga is your tool to realise that you are Truly limitless."

True Yoga Heidelberg is located centrally, in the heart of Heidelberg. We are easy to reach by car, bicycle, walk or tram (Brückenstrasse).

Why Mysore style is for you

If you have some yoga experience, or not at all – it is for you. Because it will enable you to start a beautiful yoga practice – it is universal and accessible everywhere in the world. You grow in your practice on your own pace – discovering many aspects of your true self. Here is the list of some benefits you will experience:

Originally traditional Indian pedagogy is a self-paced learning system that is implemented well for Ashtanga Yoga.

It means the students learn from the teacher and practice individually in a group at their own pace with silence. The teacher does not lead the practice but simply observes the practitioners and helps adjust asana (postures) were necessary – one person at a time.

This method is highly effective – because it promotes independence, self-awareness and mindfulness. Which lies at the heart of Ashtanga Yoga.

Mysore Style class is in the window of 2 hours. You come, open your mat and start your practice and when you are done – you can leave. Some people take 1-hour of practice and others 90 mins – depends on how far you are in your Ashtanga practice.

Mysore Style classes typically last between one and a half and two hours. The full series often appears daunting at the beginning, but with time the asanas come almost automatically, enabling us to deepen our focus on the breath. The series is always the same, so once known there is no need to think, hence the practice can have a wonderful sensation of flow and becomes a powerful dynamic meditation. Every part of the body is stretched and energized, allowing our vital energy to flow freely.

We use cookies on our website to give you the most relevant experience by remembering your preferences and repeat visits. By clicking “Accept All”, you consent to the use of ALL the cookies. However, you may visit "Cookie Settings" to provide a controlled consent.
Cookie SettingsAccept
Manage consent

This website uses cookies to improve your experience while you navigate through the website. Out of these, the cookies that are categorized as necessary are stored on your browser as they are essential for the working of basic functionalities of the website. We also use third-party cookies that help us analyze and understand how you use this website. These cookies will be stored in your browser only with your consent. You also have the option to opt-out of these cookies. But opting out of some of these cookies may affect your browsing experience.
Necessary Always Enabled
Necessary cookies are absolutely essential for the website to function properly. These cookies ensure basic functionalities and security features of the website, anonymously.
Functional
Functional cookies help to perform certain functionalities like sharing the content of the website on social media platforms, collect feedbacks, and other third-party features.
Performance
Performance cookies are used to understand and analyze the key performance indexes of the website which helps in delivering a better user experience for the visitors.
Analytics
Analytical cookies are used to understand how visitors interact with the website. These cookies help provide information on metrics the number of visitors, bounce rate, traffic source, etc.
Advertisement
Advertisement cookies are used to provide visitors with relevant ads and marketing campaigns. These cookies track visitors across websites and collect information to provide customized ads.
Others
Other uncategorized cookies are those that are being analyzed and have not been classified into a category as yet.
SAVE & ACCEPT